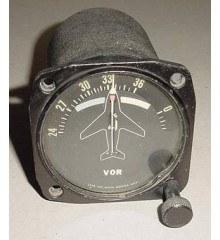 The UH-1 Iroquois Helicopter, most commonly known as "Huey" was manufactured by Bell Helicopter and it went into service in the late 50s and became famous and indispensable during the Vietnam War years. It saw expensive service during those years as a med evac helicopter and as a troop and supply helicopter. It was actually designated as a "Utility" helicopter.

Over 16,000 of them have been built in several variants, UH-1A, UH-1B, UH-1C, UH-1D, UH-1H (most produced model) as well as a few other variants in smaller numbers. It is still used today my the U.S military forces and also throughout the world.

Civilian versions of the Huey were built under the Bell 204 designation and Bell 205 (UH-1H model). Civilian versions are used as fire fighting units, for transport and countless other uses.

Numerous military versions were converted to civilian use after the Vietnam war and the Huey is by far one of the most popular helicopters in its class.

There are no products to list in this category.
Continue